The golden light of sunset colors the walls of Mont Saint-Michel, a former monastery on a tidal island in Normandy, France. Mont Saint-Michel was known as Mont-Tombe until the 8th century when St. Aubert built a church there after having a vision of the archangel St. Michael. It soon became a pilgrimage center and a Benedictine abbey was built there in 966. After it was partially burned in 1203 during a takeover attempt by King Philip II of France, a monastery, known as La Merveille (“The Wonder”), was built and later fortified. The Mont Saint-Michel monastery was dissolved during the French Revolution (1787–99) and became a prison under Napoleon’s reign before the site was restored as a historic monument in 1874. Mont Saint-Michel was designated a UNESCO World Heritage site in 1979. Mont Saint-Michel lies at the mouth of the Couesnon River, which is visible at on the left side of the image. Mont Saint-Michel is cut off from the mainland by sea water during very high tides. 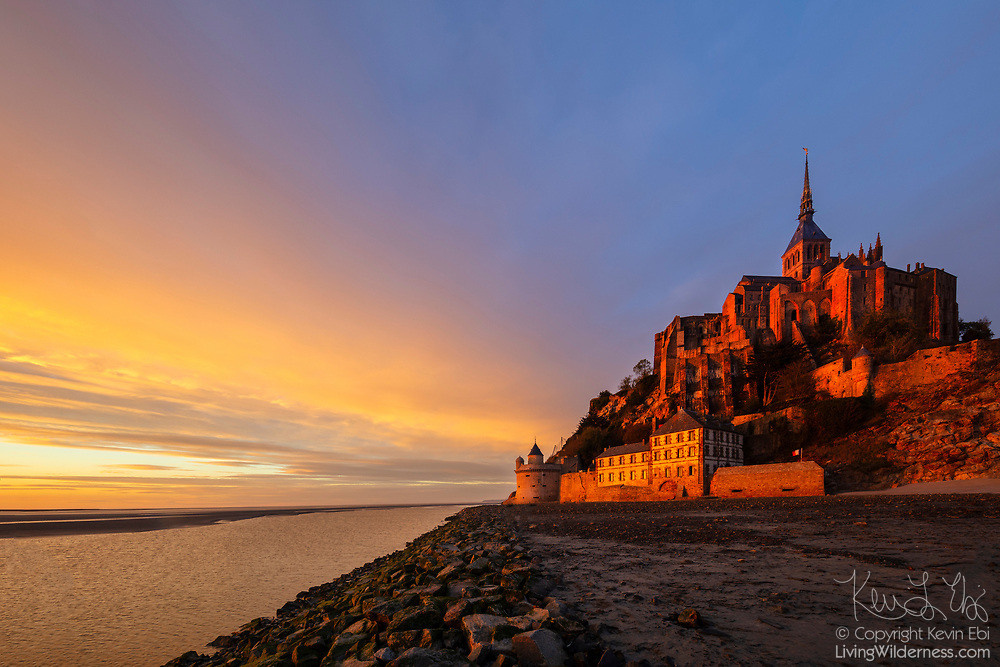