The Three Sisters, a cluster of three volcanic peaks in central Oregon, are bathed in alpenglow as the full moon sets into the Belt of Venus just before sunrise in this aerial view. The three peaks are the third-, fourth- and fifth-highest peaks in Oregon. Of the three, the South Sister, visible on the left, is the tallest with an elevation of 10,385 feet (3,157 meters) and is also known as Charity. The Middle Sister, also known as Hope, is the shortest with an elevation of 10,047 feet (3,062 meters). The North Sister, also known as Faith, is slightly taller at 10,085 feet (3,074 meters). The Three Sisters are unusual in that the volcanic peaks are in a dense cluster; volcanoes in the Cascade Range are typically spaced out with 40 to 60 miles (60 to 100 kilometers) of distance between them. Of the three peaks, only the South Sister is likely to become active again. The last eruption was 50 B.C. The Three Sisters are part of the Three Sisters Wilderness, Oregon's second-largest wilderness area. 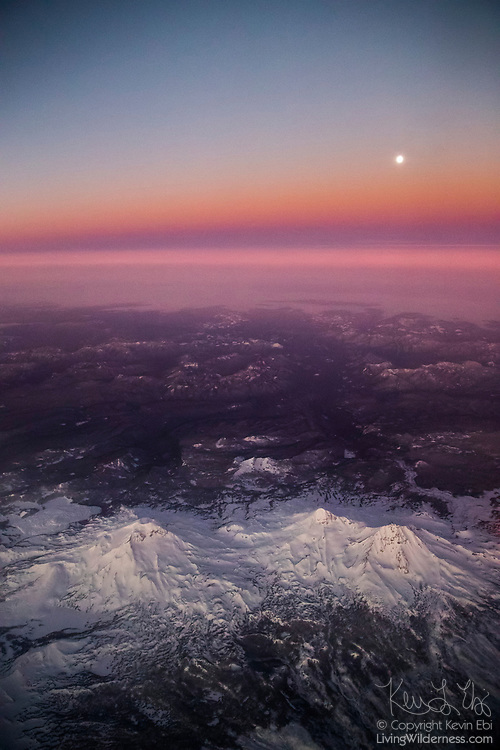